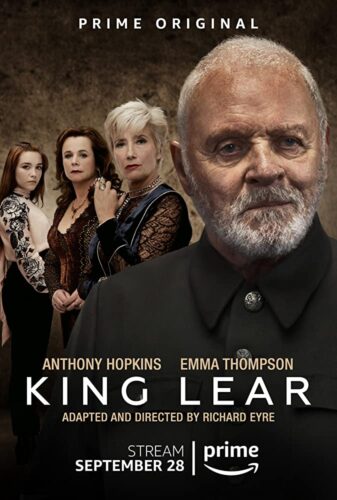 A one-off drama broadcast on the BBC in the UK and Amazon Prime in the US, this adaptation of Shakespeare’s play by celebrated director Richard Eyre boasts an all star cast.

Set in the fictional present, King Lear presides over a totalitarian military dictatorship in England. When the aging king abdicates in favour of his two corrupt, toadying daughters, rejecting his loving, honest one, disaster looms.