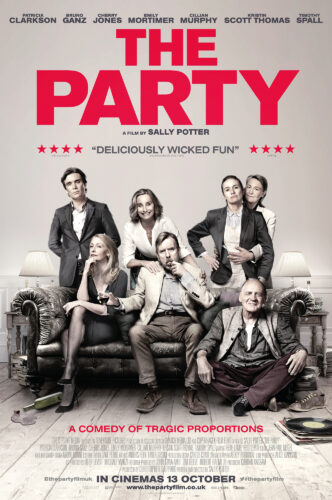 Multi-award-winning feature film which premiered at the Berlin International Film Festival. A biting political satire with an all-star cast, The Party sees British politician Janet hosting a small gathering of friends to celebrate a major promotion. Before long, revelations emerge which shatter everyone’s assumptions of love, loyalty and their most cherished beliefs.